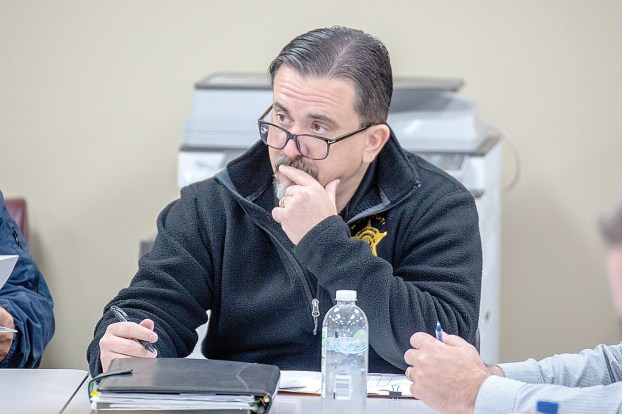 Boyle County Jailer Brian Wofford has announced he is no longer involved with the Boyle-Mercer Joint Jail Committee because the interlocal cooperation agreement signed 23 years ago violates Kentucky law and sets up himself and the county for a lawsuit.

As a result of his departure from the committee, Boyle and Mercer officials are now forced to devise a new agreement or “transition” plan as to how the jail will operate financially in the future. The new plan may involve contracting with other counties to accept their inmates into the Boyle County Detention Center, Wofford said.

For example, he said in the KRS (Kentucky Revised Statutes) “The constitution clearly states that we have to provide mental health services to inmates.”

But last year during budget discussions, the two Mercer County joint jail committee members “didn’t want us to have the mental health services part of it.”

“Basically, you’re allowing two people that are elected in Mercer County to influence decisions in Boyle County where they’ve not been elected.”

He said he’s been reviewing the contract, which was written and signed in 1997 by the two counties, and the governor, for about a year and a half. He’s also had attorneys for the Kentucky Jailer’s Association as well as Boyle County Attorney Chris Herron, and they all agreed, “There’s some big issues with the contract,” Wofford said.

It’s a hybrid of a regional jail and a county jail, he explained “which doesn’t follow KRS.”

Wofford said the contract, “… opens us up for liability if they (the two Mercer County committee members) can influence decisions that they have no liability for. …  Boyle County owns the jail. The way they wrote the contract, it lessened my constitutional responsibilities, and that’s basically my claim, the contract violates KRS.”

“If something happens and we get sued, it’s the Boyle taxpayers who have to pay the bill, not Mercer because nobody in Mercer County is held responsible.”

Wofford said, “Now is the time to do it before something happens. I think we’ve been lucky. Now is the right time to move forward,” especially if the county is going to do major remodeling of the jail or even build a new one.

“Now is the time to get a good contract.”

Wofford said, “My loyalty is to the citizens of Boyle County first. And by allowing that contract that we have, or continuing with it, it sets the people, the taxpayers, Boyle Fiscal Court and myself, with liability because they can influence decisions that don’t meet state guidelines.”

And since there’s no longer a viable joint jail committee, it brings to the table more financial problems.

Boyle Treasurer Mary Conley told the fiscal court during Tuesday’s regular meeting that she was “morally” unable to accept Mercer’s recent payment of about $70,000 for it’s percentage of jail costs, therefore the court had to transfer more than $50,000 out of its general fund into the jail account.

Referring to herself, Conley said, “The treasurer has no direction. You have a joint jail budget that is now going to start consuming all of your regular funds from the general fund that Mercer County is not contributing.”

“I feel like that’s kind of a standstill. So please understand that it’s not that I make the rules, it’s just that morally I couldn’t accept that money from them.”

Conley said, “The joint jail committee was not formed to tell the jailer what to do.”

The committee was formed because Mercer was carrying a portion of the debt, which has since been paid off, to build the jail therefore it needed a venue to have a say on what the money was going to be spent for.

“There was never the intent to tell the jailer what he was allowed and not allowed to do. They (the committee) are still just regulating finances.”

Boyle Judge-executive Howard Hunt agreed. “There are two or three issues wrapped up into one. … We need to start developing a direction of what she can and can’t do.”

On Thursday, Hunt said the fiscal court was “reluctant to continue operating” under the current contract because of KRS violations that it presents.

He and County Attorney Chris Herron are having an informal meeting with Mercer’s judge-executive, along with two local magistrates who are on the Boyle jail committee on Tuesday to discuss options moving forward.

Now is the best time to decide how the jail will operate financially in the future, he said.

“We’re going to talk through things, see where we are, and where we want to be.”

A civil lawsuit against companies involved in the Aug. 1, 2019 gas pipeline explosion in Lincoln County, along with a... read more