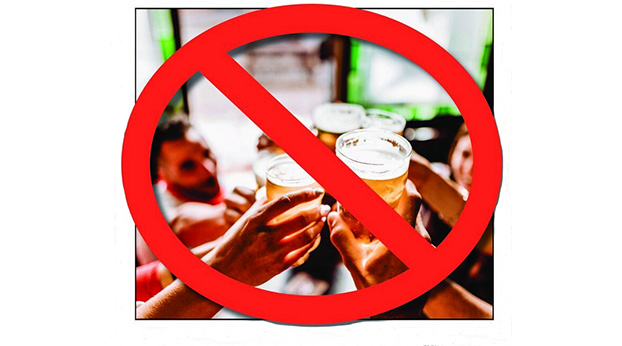 A petition that aimed to place a referendum on the ballot for the upcoming November election asking Boyle County voters if they supported county-wide alcohol sales did not meet the required number of signatures by Sunday’s deadline.

The group “Level the Playing Field in Boyle County” led the petition drive. That group is made up of residents and businesses who support legalization of alcohol sales in all of Boyle County.

The group posted on Facebook Monday that 1,106 signatures were gathered on the petition, roughly 42.2 percent of the 2,621 signatures needed to place the question on the ballot for the November election.

“While the petition drive did not secure the number of signatures needed to put the question of county-wide alcohol sales on the Boyle County ballot on Nov. 3, we nevertheless appreciate the interest of those who took the time and effort to support the question,” the post read.

Jody Lassiter, CEO/Executive Director of Develop Danville, said the organization was supportive of the petition drive, which came from local businesses that would benefit from the expanded alcohol sales.

“There were at least two existing businesses that initiated the petition drive to provide them with additional revenue options to thrive and grow,” Lassiter said.

The biggest issue in garnering signatures of support for the petition was the COVID-19 pandemic, according to Lassiter.

“It was the most significant factor,” he said.

With greatly reduced opportunities to get in front of large audiences in the spring and summer months, gathering signatures became a much more difficult task.

“The petition drive was denied the opportunity to access many of our large public events or gatherings during the spring and summer months as was expected when the drive was launched in early February,” Lassiter said.

Although online options were implemented to make gathering signatures easier when in-person contact was limited, the most popular form of support was still hard-copy signatures.

Roughly 49 percent of the signatures on the petition were paper signatures.

“As the numbers reflect, the largest single source still came from handwritten signatures on paper petitions,” Lassiter said. “The electronic signature methods did not yield the results hoped for even though those methods were easier to complete.”

Along with the restrictions put in place on large gatherings, Lassiter said the pandemic has been the main topic of interest for people over the last few months, which made education on the topic of county-wide alcohol sales more difficult.

“Further, with the pandemic being the central issue of importance for the media and most people during the last 6 months, it was difficult to attract attention to the petition drive and the underlying reasons in support of countywide alcohol sales,” Lassiter said.

A new state law dictates that a wet referendum can only be on a primary or general ballot or “The champions of the county alcohol sales” would have to call for a special election and pay between $35,000 and $40,000 to conduct the election, according to an earlier story in The Advocate-Messenger.

In Kentucky, no elections are scheduled in 2021, so the next earliest possibility would be in 2022. Lassiter said as of now, there are no plans to call for a special election in 2021 due to the significant cost associated with such a move.

A new weekly report from the White House Coronavirus Task Force placed the Danville Micropolitan Area into its list of... read more