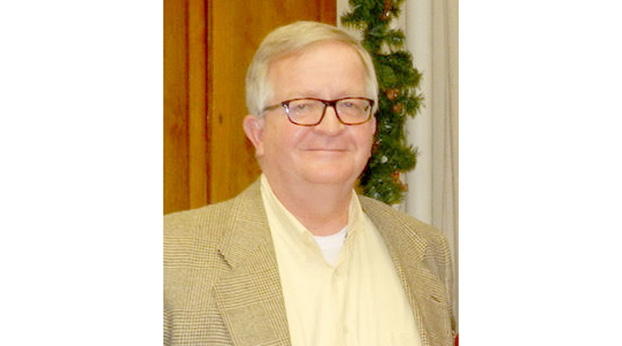 A local businessman and member of two public boards says anti-Black Lives Matter posts he made, and ones referring to a female candidate as “a hoe,” all which he’s under scrutiny for, “are not racist, in my opinion,” or anything else, other than his conservative political beliefs.

Tim Montgomery eventually took down those posts after several in the community began circulating them and calling for his dismissal from the Convention and Visitors Bureau Board, and the Birthplace of Kentucky Committee.

“Yes, some of the posts I did take down. I didn’t want to create the stink,” he said.

Montgomery is a CPA with his own business, owns multiple rental properties and is the treasurer of the Boyle County Republican Party.

The memes he posted include one titled “All Lives Splatter,” depicting a vehicle hitting people, and says “nobody cares about your protest, keep your a** out of the road.” One meme shows a woman with stick-figures on her vehicle’s window, explaining, “no, that’s not my family, that’s how many rioters I’ve hit,” while another says he does not support BLM because they are a “terrorist organization,” asking “who has the guts to agree with me.”

“With those memes … Does that mean he’s against people’s right of peaceful protest?” asked Danville City Commissioner J.H. Atkins, one of the community members who has personally voiced complaints to Judge-Executive Howard Hunt about the posts.

When asked if that’s what he was putting out there — a violent sentiment against peaceful protesters — Montgomery said, “If they’re blocking a road, I’m not sure they fall into the peaceful-protestor category. People have been hit by cars and hurt from those situations.”

Although some protests have turned violent in other cities, Police Chief Tony Gray says he’s not aware of any such incidents happening locally.

Montgomery added, “I hope it doesn’t do that, (create) violence,” in reference to his posts.

Another post he took down showed a meme of Joe Biden and Kamala Harris, stating “Joe and his hoe. Just say no.” Montgomery was asked if he understood how this could be taken as insulting not only to women of color, but all women.

“That didn’t come from Tim Montgomery,” Montgomery said. “I made the mistake of ‘liking’ it.” When corrected that he actually posted the meme, he said insulting women “wasn’t my intent.”

Another post still on Montgomery’s page, from Aug. 22, is a meme depicting presidential-candidate Biden asking Harris where they should campaign next, and she responds “Idaho,” showing Biden answering, “I know you are, but …”

“You know, politically, there’s a discussion that she slept her way to the top,” Montgomery said about vice-presidential candidate Harris. “There again, that’s a conservative post. I didn’t mean to hurt anyone’s feelings on it.”

Commissioner Atkins also asked, “I just wonder — is the Republican leadership going to talk about this?”

Tom Tye, the president of the Boyle County Republican Party, was emailed, called and texted about the leadership’s comment on this issue and did not respond.

Judge-Executive Hunt said he had received “complaints in the single digits” about Montgomery’s posts and his seats on the two boards. He says the situation is “taken seriously by the fiscal court,” and he is still completing his investigation, and will be “polling magistrates” on the issue.

“I’ve not received a bunch of complaints,” he said. And that most of those complaints were from individual perspectives, not groups.

“I did have a ‘letter of concern’ wanting a response from me, from Brittany Adams with the CVB,” Hunt said, referencing that board’s chair. “And I said that I and the court take the concerns seriously and we’re taking it under review …”

The statement from the CVB Board says it attempts to create a positive impact on tourism, and that “the recent social media sentiments shared by Mr. Montgomery on his personal profile do not reflect the values of our organization.” It added that Montgomery was appointed as the county representative by the fiscal court and judge-executive Hunt, “and serves at his discretion.”

Adams wrote that she wanted to make Hunt aware of the sentiments shared by Montgomery, and that they “have subsequently been shared numerous times by your constituents” who are upset about them.

“This is a very unfortunate situation that I’m sure you will give your full attention to in an effort to represent all Danville/Boyle Countians equally,” Adams’ email concluded.

The CVB Board’s bylaws contain a social responsibility section, stipulating members will be held accountable for personal opinions published, including social media, which it considers a public arena.

Ben Miles is a member of the Birthplace of Kentucky Committee, which was created to provide recommendations and insight on Constitution Square Park to elected officials. Those who have spoken out about Montgomery’s posts say they are especially disturbing since the park is the venue for the Soul of Second Street Festival, an event highlighting African Americans’ contributions to the business district.

“Promoting hatred and violence should have no place in our community, but the sentiments in those posts certainly do not reflect the values of the BOK Committee,” said Miles. “Constitution Square is open to all, and I hope that same spirit of inclusivity always guides the work of our committee and is reflected by our members.”

On Monday, Miles said he planned to put together a statement to send to the judge-executive.

“I’ve had no contact,” Montgomery said, in reference to members from either board he sits on expressing concerns to him personally about his posts. But he did read the letter of concern from the CVB Board.

“I would think it would serve the community better to sit down and have a discussion with you about the posts,” Montgomery said, rather than ask for his dismissal.

He was asked if he understood how some feel the memes don’t come from a place of inclusivity and seem to alienate certain groups, which both committees he sits on say they are trying to do the complete opposite of.

Montgomery doesn’t think the anti-Black Lives Matter movement memes are alienating. “We brought Candace Owens in,” he said about the African American and controversially-conservative political activist, which the Boyle Republicans brought to town for an event.

“If you go to my Facebook page, you will find a lot of posts —  Candace Owens, Herschel Walker … conservative African American people,” Montgomery said. “They have the same beliefs that I do.”

Montgomery was asked if he will continue to post these types of memes. “Well, I will adjust my ‘filter,’ I guess would be the term. So the answer would be yes … But no one likes, well, I’m getting some attention. And I don’t like it at all.”

He said that before “any of this, they came to my office and put things on my building,” referring to the local United for a Change group. He said his business was “targeted” with sidewalk chalk, expressing BLM sentiments.

Judge-Executive Hunt also said it seems there’s been some “aggravating back-and-forth” going on. “A discussion, like what Tim has offered, I think is a good first step. I don’t believe what he did, don’t think what he meant was racist. I think it was frustration after they attacked his business. I don’t know why they focused on him.”

Hunt, who does not get on Facebook, says he’s also been told of someone associated with the Change group posting things about him, like saying that he’s a member of the KKK.

Cheryl Burton, a member of the Change group, said Montgomery was not targeted with the sidewalk chalk, and that the group went down that part of Main Street, making marks on many sidewalks, such as “#BLM.”

“He knows that. He’s trying to find an excuse for what he’s doing,” Burton said. She said the group has focused-in on Montgomery, but for a different reason — to clean up a corner property he owns on Duncan Hill and Second Street.

“There are tons of wrecks there, and the city has not made him clean up that area,” she said, something she and others say they have been working on getting attention from city hall on.

“I get having your political beliefs, but ‘all lives splatter,’ that’s no way to be, Democrat or Republican.” She said one thing Montgomery doesn’t understand is that “you do business with Black people. You have them in your rental properties, how do you think that makes them feel? They’re the ones supplying your income.”

Burton scoffed at the assertion that “Harris slept her way to the top.”

“She’s a Howard graduate …” Burton said about Harris, who also attended Hastings College of the Law at University of California. “As a Black woman, it’s very offensive. Do you think that all Black women at the top have slept their way to get there?”

Bottom line, she said, “if you are going to represent our community on any board … you should not be posting anything racist, sexist, anything like that … It’s offensive to the people you’re representing.”

Burton said she doesn’t know anything about the “KKK posts” or otherwise that Hunt said he’s been informed about. “My thing for Mr. Hunt is — why do you keep appointing these racist people? So the KKK comment doesn’t surprise me at all.”

Another local business man recently resigned from county boards due to an anti-BLM sentiment he posted, which specifically targeted a local business.

She said if people respond to actions made over and over again strongly on social media, “It is what it is. If people find out who you are, deal with it, if you want to be that person. Don’t try to cover it up, especially in a leadership position.”

Burton said her intent with the Change group is not to have “the two sides clash. I would love for us to somehow come together, if you think Black lives don’t matter, I would like to have a public conversation with those people in forums. Educate them. Why do you feel this way, let’s have a conversation.”

But, as far as the strongly worded backlashes some have been experiencing locally from social media posts, Burton said, “too bad.” As a 45-year-old Black woman, she said she’s dealt with discomfort most of her life, “so they can too. I call people out, yes, including Black people, telling them they should know about the people they’re doing business with. If that hurts your business, then it’ll hurt your business.”

After Hunt’s meeting with Montgomery Monday morning, Hunt said, “I think it’s important that he’s kind of apologized, he said he took the posts down, he’ll have a filter going forward and I personally don’t believe he’s racist at heart, whatsoever.”

Hunt said Montgomery has “helped so many people throughout this community. He’s just one member of two different boards, and he doesn’t control the fate of that board going forward. He doesn’t develop policy or anything else — he’s one vote on any action that they choose to take.”

Commissioner Atkins said when looking at the contents of the group of memes, as a whole, “Here’s my thought: If I was crazy enough to write a letter to the editor, and put all those memes’ meanings in as words with statements they say, which I would never do, I couldn’t live in Danville anymore.”

The Boyle County Farmers Market continues to thrive this summer because of the farmers’ hard work and strong community support... read more