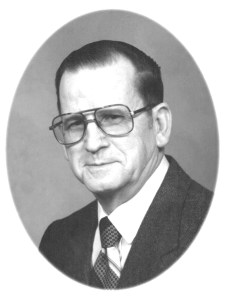 James Milton Lane, 89, of Danville, Kentucky died June 8, 2021. Born March 25, 1932 in Ellisburg, Kentucky he was the son of the late Benjamin “Berry” Franklin and Aleine “Dean” Camden Lane. He graduated from Hustonville High School. James was a member of the United States Army who served during the Korean War in the Marshall Islands during nuclear and atomic testing. He also served as a tank trainer at Fort Knox and was a member of the Military Police. He worked at Matsushita as a receiving inspector and was a member of Willow Grove Baptist Church. James enjoyed hunting, camping, trout fishing, vegetable gardening and spending time with his family. He is predeceased by his wife Joan Rankin Lane; son, Gary Wayne Lane; brothers Lucian Lane, Jack Lane, Earl Lane; sisters Pearl, Jenny, Addie, and Josephine Taylor.

He is survived by his two sons, Larry (Linda) Nelson Lane of Lexington and Michael Joe Lane of Harrodsburg.

Public visitation will be held from 5 to 7 pm, Monday, June 14, 2021 at Stith Funeral Home in Danville. The funeral service will be 1 pm, Tuesday, June 15, 2021 at Stith Funeral Home in Danville. Rev. Johnny Thompson will officiate. Burial will be in Camp Nelson National Cemetery. Pallbearers will be the Willow Grove Men’s Sunday School. The online guestbook and our Hugs from Home program are available at www.stithcares.com.