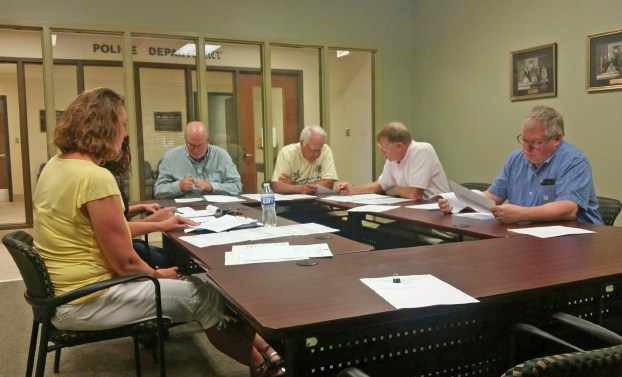 The committee will discuss the five-day plan before the larger commission on July 5. The plan would not cost any more to taxpayers, said Jennie Hollon, P&Z administrative assistant.

“We’re just asking the same amount of money and be open five days. That comes from really watching every penny,” she said.

Stephen Hunter is scheduled to become the next director of the P&Z Commission as of Aug. 1, replacing Paula Berry, who is retiring. Commissioner Terry Manon said that Hunter has prior engagements that would keep him from being able to work five days a week until Oct. 1, which is why that date is being used.

“I think, what he would like to do is have a chance to work here a few months himself and decide whether or not he would then bring back to the full commission a recommendation if we should have more than just he working on Fridays,” Manon said. “That’s what I would tend to go with.”

Based on Hollon’s figures, opening the office five days a week with just the director will not require the department to ask for any additional money from the Boyle County Fiscal Court or the Danville City Commission. Having more staff on Fridays would potentially create an increase in costs.

Together, a total of $140,000 comes from the two governments. The City of Perryville participates in P&Z, but has not paid into it in since the 2014-2015 fiscal year; Junction City does not participate.

Passage delayed until health insurance costs firmed up A new chief operating officer would be hired at the Economic Development... read more