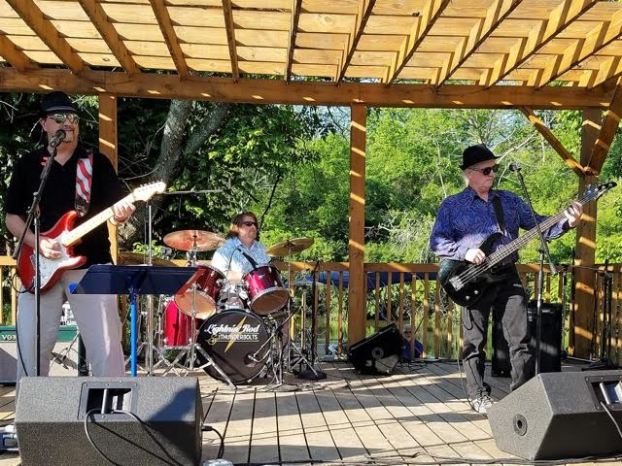 Lightnin’ Rod and the Thunderbolts

KGAC to host Jazz Concert at the Lancaster Grand

Kentucky Guild of Artists & Craftsmen
News release
The Kentucky Guild of Artists and Craftsmen will host a fundraising event on Friday, Aug. 11 at the Grand Theater, 117 Lexington Road in Lancaster, with proceeds going to benefit and further develop its Visual Arts Academy.  The concert, featuring the award winning group, Lightnin’ Rod and the Thunderbolts will begin at 7 p.m.
The Grand first opened in nearby Lancaster in 1925 and closed in the 1960s. After 50 years and through the efforts of then State Representative Lonnie Napier and many others, the theater was fully restored to its original grandeur and reopened as a performing arts center in 2013.  The process of completing the multi-million dollar renovation took over 10 years.
“It’s a fabulous venue,” said KGAC director Jeannette Rowlett. “We’re so grateful to the folks at the Grand for graciously working with us, we appreciate them believing in our mission.”
Rowlett is equally enthusiastic about the performance of Lightnin’ Rod and the Thunderbolts. Among the jazz band and lead singer Rod Wilson’s many accolades are being a Grinde Award winner, receiving the Gold Artist Award and having two number one MP3 chart toppers in two musical genres. Their “Sugar & Spice” music video was featured on the 2010 NME Award Show.
Wilson has shared the stage with members of the Allman Brothers, Bob Seger, The Steve Miller Band, Cher, Stevie Nicks, Boz Scaggs, Steppenwolf, Chuck Berry, Robert Cray, Mitch Ryder and many other notable musicians. His music has been called “Bob Seger meets Eric Clapton at Muddy Waters’ house”.  Wilson’s style cannot be pigeon-holed — always a rocker at heart, his music also has shades of soul, Motown, gospel and acoustic influences.
“The Grand is a must see, and so are the Lightin’ Rod and the Thunderbolts,” Rowlett said. “To be able to help the Guild’s mission of teaching the next generation of visual artists while enjoying a fabulous evening out, well you’ve just got to do it.”
Both Wilson and the staff of The Grand Theater are supportive of the 56 year old KGAC.Founded in 1961, it is the oldest organization in Kentucky working to preserve and promote the rich heritage and exciting future of art and craft. This October will mark the 50th anniversary of the Guild’s Fall Fair which is held each year at Berea’s historic Indian Fort Theater.  The dates for the 2017 Fall Fair are Oct. 14-15.
The Guild offices and showroom are located at 116 North Broadway in Berea and are open 9 a.m.-5 p.m. Monday through Saturday, and can be reached by emailing  info@kyguild.org or by calling (859) 986-3192. Tickets for the fund raising concert are available now and cost $20-$25 and are available on the Grand’s website.
IF YOU GO
The Kentucky Guild of Artists and Craftsmen’s fundraiser, featuring Lightnin’ Rod and the Thunderbolts, will be 7 p.m. Aug. 11 at at the Grand Theater, 117 Lexington Road, Lancaster. Proceeds will fund KGAC’s Visual Arts Academy. For tickets, visit  www.lancastergrand.com.
You Might Like