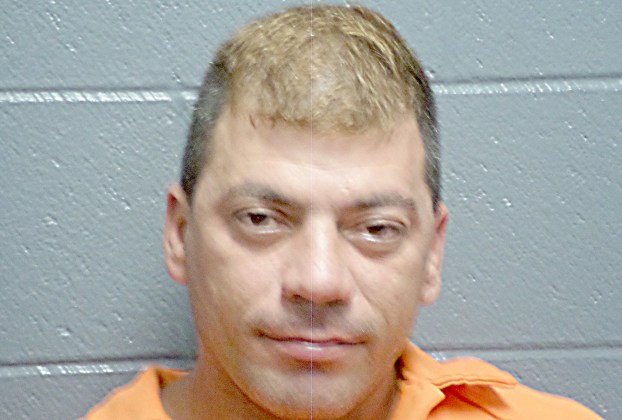 A Danville man was arrested Thursday night for allegedly driving under the influence after he was involved in an injury wreck.

Anthony Thomas, 43, has been charged with driving under the influence of alcohol and was arrested for “warrants and other related offenses,” according to Danville Police.

According to a news release, Danville Police responded to a report of an injury collision at the intersection of Stanford Road and Gose Pike just before 8:30 p.m. Thursday.

“A 1999 Chevrolet S-10, driven by (Thomas) was traveling westbound on Stanford Road when, according to witnesses and statements obtained on scene, (it) attempted to make a left turn onto Gose Pike and while doing so, struck a 2008 Dodge Caliber, driven by Collin Harris,

18, of Waynesburg, who was traveling eastbound on Stanford Road,” according to the release. “A passenger in Harris’ vehicle, William Napier, 18, of Stanford, was

treated on scene by emergency crews and transported via ground ambulance

investigating officers. Thomas was being held in the Boyle County Detention Center on multiple bonds Friday.

The local Board of Adjustments has given its OK for a new sit-down restaurant to be built at the corner... read more