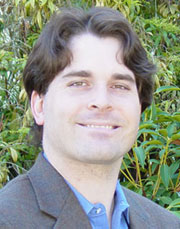 COVID-19 is real, and it is vicious. It has killed tens of thousands of Americans. More will follow.

But the disease isn’t acting alone. It has some unlikely co-conspirators. Millions, in fact.

Dig into the grim statistics documenting deaths linked to the novel coronavirus and you’ll quickly grasp the significant contribution made by comorbidity. No data illustrate the problem better than those compiled in the New York City hot zone. As of this writing, 73.6 percent of the Big Apple’s COVID-19 victims have been senior citizens. But 79.1 percent of those killed of any age suffered from underlying conditions, such as diabetes, cancer, hypertension and obesity. Pre-existing health woes afflicted 79.2 percent of victims between 18 and 24, but 84.7 percent of those killed between 25 and 64.

Two decades into the 21st century, the United States was “ripe,” so to speak, for quite a lot of coronavirus carnage. Because in spite of the incessant scolding of politicians, bureaucrats and activist organizations, we’re a nation simply unwilling to look after our health.

The share of the population that practiced all four behaviors? Three percent.

A decade and a half later, not much has changed. The smoking rate has dropped. But obesity has gotten worse. According to a 2017 analysis by the Centers for Disease Control and Prevention, “Very few Americans eat the recommended amount of fruits and vegetables every day, putting them at risk for chronic diseases like diabetes and heart disease.” And exercise remains anathema to a huge share of the populace.

The refusal to embrace clean living has an incontrovertible effect. In 2013, the National Research Council and Institute of Medicine cobbled together the scary consequences of rejecting Reeves’ “basic lifestyle pattern.” The 405-page study “U.S. Health in International Perspective: Shorter Lives, Poorer Health” found that though “life expectancy and survival rates” in the United States “have improved dramatically over the past century, Americans live shorter lives and experience more injuries and illnesses than people in other high-income countries.”

When judged against the average of 16 peers, a list that included Germany, Australia, Japan, Norway and Canada, the United States fared worse in “nine health domains,” including heart disease, substance abuse and “adverse birth outcomes.”

On top of exposing a soft underbelly to COVID-19, Americans’ unhealthiness is astronomically expensive. If you are unaware of the historical numbers, it’s best to sit down. Here is U.S. spending on health care consumption, per capita, adjusted to 2018 dollars:

Inevitable, due to an aging population? Enhanced longevity doubtless contributed, but consider what was learned about health-promoting behaviors during the period — e.g., the sine qua non of social interaction, the value of exercise, the need for adequate sleep, the benefits of pet ownership, the advantages of prayer/meditation, the boost from a “bath” in nature. In addition, the federal government’s catastrophically wrong dietary guidelines (fat bad, carbs good) were thoroughly debunked.

Yet while knowledge grew about how to calm the mind, strengthen the immune system, reduce pain/inflammation and improve energy, health habits became increasingly injurious. Entirely by choice. Phillip Longman is one of the few researchers who understands that the reason we don’t “live any longer than Costa Ricans” is “differences in behavior.”

Americans, the demographer wrote, “exercise less, eat more, drive more, smoke more and lead more socially isolated lives. Even at its best, modern medicine can do little to promote productive aging, because by the time most people come in contact with it their bodies are already compromised.”

As policy experts Kenneth Thorpe and Jonathan Lever explained: “Largely preventable and highly manageable chronic diseases account for 75 cents of every dollar we spend on health care in the United States.”

Cruelly opportunistic, SARS-CoV-2 is targeting the substantial number of Americans who couldn’t be bothered with a nutrient-dense diet, spent far too many hours on the couch, and stuck with their smokes. When this pandemic is over, it will be time for an overdue discussion of health care and personal responsibility.

When should sports return?