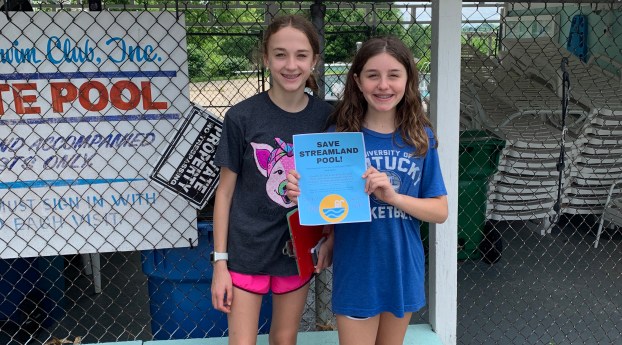 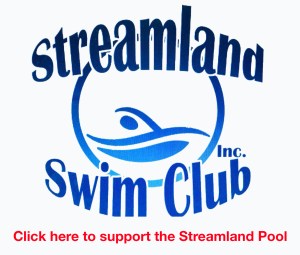 Community swimming pools are not open this summer due to the COVID-19 pandemic, but one local pool’s future could be in danger even beyond the viral threat.

Streamland Swim Club operates the swimming pool in the Boyle County subdivision. The pool was built in 1965, and although it is not a public pool, anyone can purchase an annual membership. With memberships declining, as well as other costs of operating the pool on the rise, there’s no guarantee that the pool will always be around.

David and Kristi Cochran have been involved with the pool since 2012, and they serve as co-presidents of the club. She said things have continued to be difficult for the pool, and help is needed.

“The pool is run by volunteers, and membership money keeps it going. As the years go by membership numbers lessen, making it difficult to stay in the black. We keep membership prices low in hopes of getting more families to join, although our bills increase just as residential ones do,” she said.

Cochran said a membership is $295 for residents of the Streamland subdivision, and $345 for anyone else wishing to use the pool. Each price would also be plus tax.

The pool can have a maximum of 125 memberships, with each serving a family in one home. Cochran said memberships have declined, and last year the total number purchased was around 70.

The need for help is no secret, as earlier this year, emails were sent to members letting them know of the pool’s situation. Cochran said some members donated right away, and the club currently has $2,450 from that endeavor, and she’s hoping that before “the end of May or so,” others will help out.

Well, help has arrived, and it came in the form of two somewhat unlikely heroines.

Most people may not look at two 13-year-old girls, just heading for their eighth grade year at Boyle County Middle School, as the ones who could save a 55-year-old swimming pool on behalf of an entire community. But that’s exactly what Campbell Johnson and Maggie Powell hope to do.
Both of the girls live in the Streamland subdivision and say they have been going to the pool every summer. They were aware of the email seeking funding for the pool, and they knew the money raised so far wasn’t enough, so they decided to start raising awareness, and money, to help save it themselves. They went door to door with flyers in the neighborhood, and they also started a GoFundMe account online to seek donations.

“When we walked around the neighborhood we didn’t talk to everyone. We mostly left the flyers on the front porch. The few people we did interact with said that they had heard about the issue and planned on donating. Even people who don’t normally go to the pool donated and helped out, such as Logan Germann, who featured us in his podcast, Man About Danville,” they explained.

The girls aren’t only concerned with their own loss of the pool, but the potential loss for the entire community.

“It can’t open this year because of COVID-19 so that is one of the main reasons they won’t be able to get enough money without help. The pool is important to us because we both spend our summers there and it gives us something fun to do,” they said in an emailed response. “Many families moved into Streamland so that they could be close to a pool for their children. If the pool closed, many people would be upset that they no longer had a pool to attend in the neighborhood.”

If the current trend is any sign of things to come, that won’t happen. Since starting the GoFundMe fundraiser on Friday, the girls’ effort has already collected donations of $3,325 from 47 donors just before 5 p.m. Monday. The goal is for the campaign to raise $7,000, and it is currently $3,675 from that goal.

On the GoFundMe page is a message from Campbell Johnson, further explaining why saving the pool is important to her.

“This is the pool that I grew up swimming in. It’s the pool that every kid in my neighborhood goes to in the summer. They don’t have enough money to stay open if they don’t get 10,000 by the end of May or early June. They currently have 3,000. All funds will go to the pool. Any cent that you can put towards this is greatly appreciated. Any support will help save the pool that I spent my childhood swimming in. Anything you can put towards the effort is helpful,” she wrote.

Cochran said money from the GoFundMe drive will be used for the loan payment, taxes, insurance, utilities, to repair/replace a broken heater, and grounds upkeep.

“Some have asked why there’s a loan,” she said, and she explained that a few years ago the club had to upgrade the pipes and filter system of the pool for safety code compliance.

Cochran said that although the gifts have been generous thus far, there is still a need. 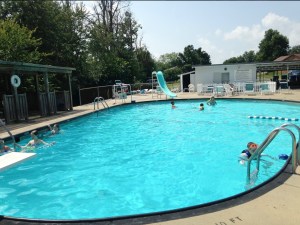 The Streamland pool has been enjoyed by people of all ages since opening in 1965. Now, the pool is in danger of closing due to financial challenges brought on by the COVID-19 pandemic. (Facebook Photo)

“We still have until the end of May, so we’re hoping others will help out. We estimate it’ll take $10,000 to keep the pool going this year when we’re not open,” she said, adding that a typical year’s expenses require about $30,000.

“We’re at risk of permanent closure if we can’t meet our financial requirements. My husband and I have been involved since 2012. He does all the maintenance and prepares the pool for opening. Community children come to watch as the fire department fill the pool, families have a safe place to bring their children to swim, and we have back-to-school parties in August. We need to save the pool for our children,” she said.

Donations are also being accepted in the form of checks, and can be mailed to 554 Springhill Road, with checks made payable to Streamland Swim Club. For more information, the club can be reached at its page on Facebook.

The Boyle County Board of Education approved a $1/hour pay raise for the district’s bus drivers at a meeting Thursday.... read more