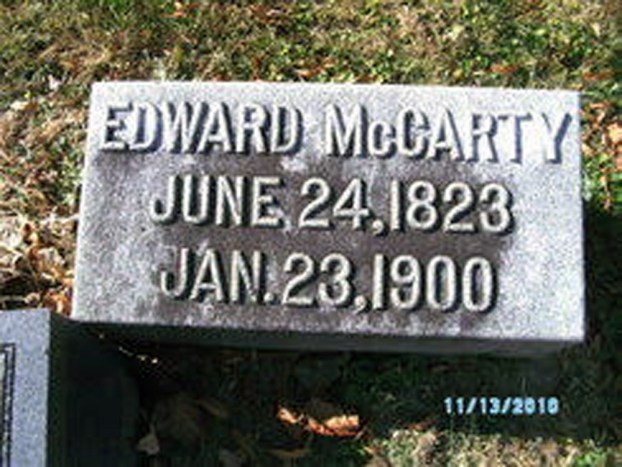 Colonel Edward McCarty of Boyle County, was a leading factor of building railroads. He was a contractor and employed by the Louisville and Nashville Railroad that ran through Boyle County in the late 1800s.

The Ireland native was born in 1823 in Dublin and came to the United States in about 1840 when he was 17 years old.

He was a son of James and Anne McCarty (1790-1873), who also migrated from Ireland to the United States.

McCarty’s obituary in The Kentucky Advocate stated when McCarty arrived in Kentucky he was “Armed with a rugged constitution, a strong intellect, energy and ambition, he fought his way steadily to the front and long before old age overtook him he was well off in this world’s goods. Years ago he was a leading factor in the building railroads.

“Personally, Col. McCarty was a fine gentleman, companionable, charitable, faithful to his church and to his friends.”

He also was a farmer and raised wheat on his farm near Danville.

He listed 2,000 bushels of Northern Fultz or Longberry wheat for sale in September 1884. His crop yielded 40 bushels per acre on his Stanford Road farm.

In 1870, census records show Edward, 46, and his wife, Josephine McCarty, 27, living on Stanford Road near Danville. 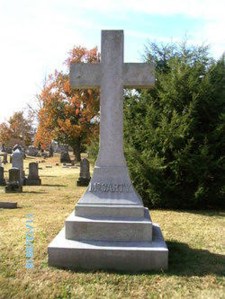 Edward McCarty’s burial plot in Bellevue Cemetery is marked by a tall monument and a flat stone with his name and dates of birth and death.

Edward and Josephine Smith Bright, a widow, were married December 26, 1865, in Lincoln County. They attended the Catholic Church.

They had one daughter, Jane, and a son, Edward Joseph, who died in 1885 of scarlet fever.

Jane married Edward P. Farrell (1862-1908) of Lexington, on Sept. 14, 1887, in Clark County, Indiana. He was a district attorney in Lexington and son of Patrick P. and Mary Farrell, both natives of Ireland.

Mrs. Farrell attended Nazareth College in Bardstown, and was a secretary to Senator James B. Beck and also worked for the Internal Revenue Collections office.

Arts Center of the Bluegrass schedule of classes