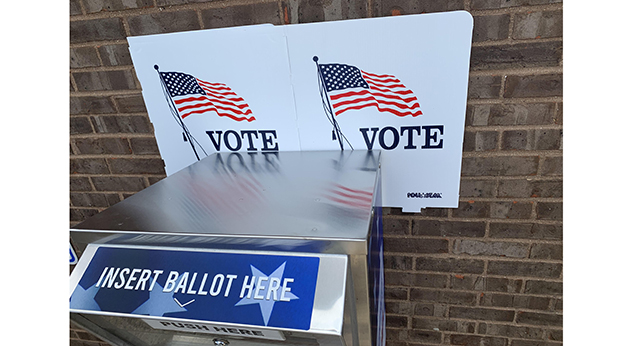 Trying to decide how to hold an election in the midst of a global pandemic certainly wasn’t one of the first thoughts that crossed the head of Kentucky Secretary of State Michael Adams when he was elected to the position last year.

It certainly wasn’t on the mind of Governor Andy Beshear either when he won the governor’s race last year.

However, these two individuals with vastly different political ideologies came together and ironed out a plan to hold a primary election while still trying to keep people safe and healthy.

The bipartisan act by these two should absolutely be commended, and while Election Day on Tuesday certainly wasn’t perfect, it certainly wasn’t the catastrophe that a lot of people at the federal level thought it would be.

Voter turnout in Kentucky was extremely high for a primary without a competitive presidential primary race. Part of that was the competitive race for the Democratic Party’s nomination for the U.S. Senate race between Amy McGrath, Charles Booker, and Mike Broihier.

However, the decision to expand no-excuse absentee mail-in voting and in-person absentee voting certainly made a difference, and are avenues that the state should absolutely look into moving forward in future elections.

As of last year, Kentucky was one of only nine states that did not allow early voting. That should change moving forward. Providing people with more opportunities to vote should be a key goal for the state’s election officials moving forward.

Many people avoid going to vote on Election Day for fear of long lines or problems with missing work or for a variety of reasons. Allowing people the opportunity to vote early at a time that is more convenient and accessible for them seems like a no-brainer.

As for no-excuse absentee voting via mail, I think that is definitely something to look at moving forward in our state as well. The high number of ballots returned via mail shows that it was well-received by the population and could be another tool to get more people engaged in the political process, which should always be a priority.

However, moving forward, the state should make more of an effort to open more polling places, especially in Jefferson and Fayette counties. Having one polling place open in the state’s two largest cities was problematic it seems, but not the absolute catastrophe that some national people thought it would be.

Even here in Boyle County, along with the expanded voting options, it would be ideal if at least one polling place could be opened in Perryville and Junction City moving forward along with a discussion about the need for 1-2 more polling places in Danville.

While this was an unusual time and one that forced everyone to think outside the box, these individuals made the best of the situation at hand, and at the end of the day, that’s all you can ask for.

Lisa Rosenberg is the executive director of Open The Government, a non-partisan government transparency and accountability coalition. George Floyd was laid... read more