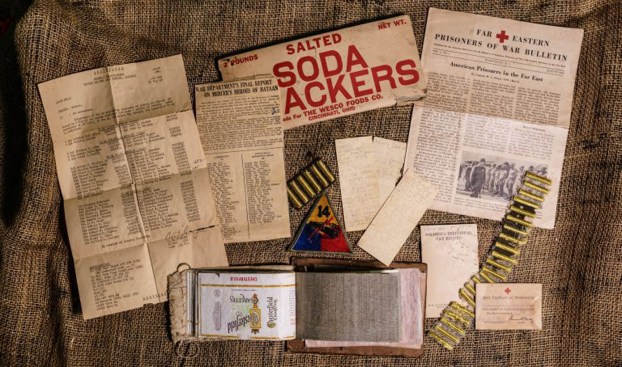 (Editor’s note: This is part one of a two-part article about Danville native Andrew M. Bryant Jr. of Florence, Alabama, who found artifacts kept by a Harrodsburg prisoner of war during World War II. Bryant found the items when he was actively a picker of historical artifacts in this area. The information was provided by 1st Lt. Cody Stagier, Kentucky National Guard of Public Affairs, and photos of the artifacts were made by U.S. Army National Guard Sgt. Jeffrey Reno.)

FRANKFORT — Several decades ago, Andrew M. Bryant, Jr., 72, discovered abandoned items from a World War II prisoner of war while rummaging through a house in a state of ruin near Harrodsburg.

“In the early 1970s, I used to look through old, dilapidated houses in central Kentucky; including the Harrodsburg area,” said Andrew Bryant, a Danville native. “I recall noticing a small old farmhouse that was seriously starting to fall and talked to several people in nearby farmhouses to get the status about it.”

The neighbors informed Bryant the residents of the old house were believed to be deceased, so they allowed him to search it for items of value before it became unsafe to do so.

“As I looked through the old house-which was falling apart I found a very small attic,” said Bryant. “While there, I found many old items, including items from World War II that once belonged to a man named Ernest Sampson.”

Bryant had discovered lost history in that attic. 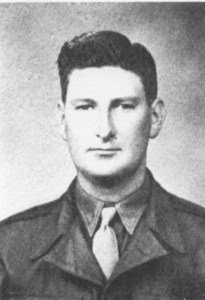 Sampson was a member of the Harrodsburg Tankers, which endured capture and placement in prisoner of war camps by the Imperial Japanese Army during World War II.

Among items found were uniform patches, ration cards, newspaper articles dedicated to prisoners of war during World War II, and a personal journal.

The journal was hand-made using paper from the back of cigarette rations and revealed a part of history as told by Sampson while held captive by the Imperial Japanese Army.

“Immediately, I realized the great historical, military, and family significance of these items,” said Bryant, a Vietnam War Veteran.

“I took them home, wiped the dust and debris from them, and placed each item in a zip-lock bag.”

Several of his family members served in armed conflicts, as well, including his brother, Danny, and father, Andrew M. Bryant Sr., who served in Vietnam and World War II, respectively.

While researching Sampson, whose rank was Pfc. Sampson during World War II, Bryant knew this story was a valuable part of local history. 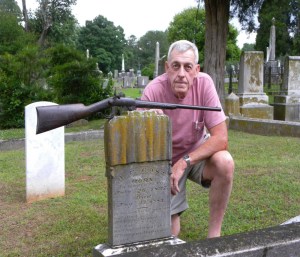 Sampson was a member of the 38th Tank Company, otherwise known as the “Harrodsburg Tankers,” which 66 members endured capture and placement in prisoner of war camps by the Imperial Japanese Army during World War II. Only 37 of these men survived and returned to Kentucky.

Bryant learned Sampson was a native of Mercer County, and a true local war hero. Sampson enlisted into the National Guard at the Harrodsburg unit just before its federal activation and renaming to Company D, 192nd Light Tank Battalion in November 1940.

The Harrodsburg-based armor unit was best known around the globe as the Harrodsburg Tankers. This nickname became a symbol for their strength, bravery, teamwork and perseverance.

John Trowbridge, also a former Guardsman and expert on Kentucky National Guard history, conducted many interviews with the original surviving Tankers in the early 2000s as part of a video project to preserve their history.

“When I interviewed these guys more than a decade ago, one minute I would be crying, the next I would be laughing,” said Trowbridge, co-producer of the historical documentary titled, “Bataan: The Harrodsburg Tankers.”

“Findings like this excite me,” Trowbridge said. “As a part of their real history, this helps tell the story of what happened with these guys and the hell they went through. Here’s another piece of the story that can be shared with this generation and future generations.”

Trowbridge encourages others to keep collections of historical items.

“If you have a grandfather or family member, that you know has collected significant historical items, keep them safe. If you are unable to, contact someone that can, because this might help tell their story.”

After holding the items for more than 47 years, Andrew Bryant decided to release the items to the Kentucky Army National Guard for safe keeping. “It has been my honor and privilege to have safe-guarded these historic documents for all of these past 45, plus, years,” says Bryant.

“As I am getting older, it is my wish to pass on these items to the Kentucky Army National Guard; as it was the military unit that Ernest L. Sampson served in. I now hereby do so,” Bryant said.

With Bryant’s donation, the Kentucky Guard is able to preserve a small piece of history belonging to the Harrodsburg Tankers, according to the news release.

The artifacts collected will soon be reviewed by the Kentucky Historical Society and the Guard hopes that, one day, they will go on public display at one of the museums in Frankfort.

By JERRY SAMPSON Question: Hello J. What do you think of my walnut crackers? Well that’s what we use them... read more