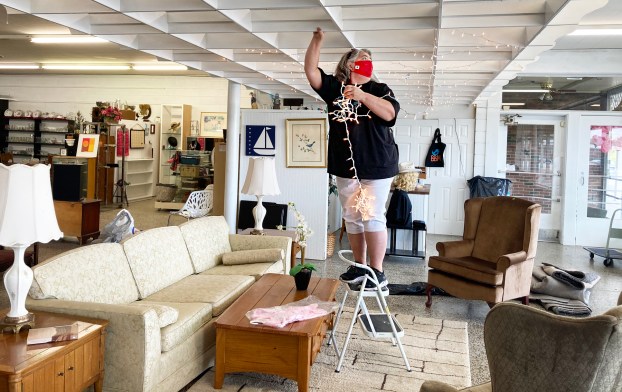 Blue Bird Market has a new ‘nest’; Opens on Saturday after being closed four months

Until COVID-19 shut down most businesses in March, Blue Bird Market was open only on Saturdays in an old industrial building across from the Boyle County Recycling Center on the bypass. 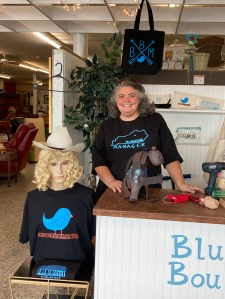 The shutdown, however, created an opportunity for the market to find a new nesting place closer to town which had heat and air-conditioning, making shopping and working in the market much more comfortable, said market director Beth Marlowe.

Blue Bird Market opens this Saturday from 10 a.m. to 1 p.m. after being closed for nearly four months. And instead of being open only on Saturdays, the market will be open during the same hours on Tuesdays and Thursdays.

Marlowe said having two more days of shopping will give people the opportunity to avoid the sometimes heavy Saturday crowds. “We’re trying to be smart.”

A grand opening isn’t planned, but maybe there will be one for the holidays, she added.

The market helps to support WTCD, which is a special preschool for children who have been diagnosed with autism, cerebral palsy, Down’s Syndrome, Angelman Syndrome and fetal alcohol syndrome. Others have hearing and visual disabilities and some children can’t control their movements. Wilderness Trace combines speech, occupational and physical therapies with each child’s individual education plan under one roof.

The pandemic and all of the restrictions in place has made Marlowe a little bit nervous about opening, but she’s really excited at the same time.

Everyone, even children, will be required to wear face masks, hand sanitation stations are scattered throughout the room and only 50 shoppers will be allowed inside at one time.

“Plus, we’re begging people to not touch things unless they’re wanting to buy it,” Marlowe said. And volunteers will be on hand to wipe off surfaces, she added.

Blue Bird shoppers not only come for bargains, Marlowe said, they also often come to socialize. Even when a line forms for shoppers to pay for their items, “It’s kind of fun. They stand in lines and chit chat.”

“It’s so odd that they’re going to be socially distanced now,” Marlowe added.

In the future, Marlowe hopes to welcome companies and businesses to have their meetings or gatherings at the market in the evenings, and incorporate a private shopping night just for those who attend.

“We can provide so much more. We’re going to be so much more a part of the community,” because they’re in a more noticeable location, Marlow said.

“Suddenly, there’s a whole different group of people,” who are already driving by to see what’s going on and who’ve never heard of The Blue Bird Market, “even though we’ve been in business for years,” she said.

The decision to move was incredibly fast, Marlowe said.

She signed the lease with the Richardson family, who owned and operated Super-Key Market at that location, on a Monday, and at 10 p.m. Tuesday, WTCDC Executive Director Libby Suttles called and told her that coincidentally someone on the board that night had ties to an industrial moving company and they would be there at 8 the next morning.

For the next five days, the movers loaded sofas, chairs, cabinets, tables, rugs, knick knacks, glassware, books and tons of other merchandise into a semi tractor trailer and unloaded them at the new store. All the while, volunteers were cleaning, painting walls and sanitizing everything. Even a couple of the movers helped to paint for two days, Marlow said.

“It was the craziest couple of days.”

“This is the first time ever we’ve had to pay rent.” However, “The Richardsons have given us an incredibly good deal. We’re paying a little bit,” but it’s well worth the bit of extra expense, she said. “The Richardson family has been very generous to us to offer us this space.”

In addition to the tremendous amount of household items for sale, The Blue Bird Boutique, along with the Love Menu will be set up for people who want to donate to the school, but didn’t find anything to buy at the market, Marlowe explained.

From the Love Menu, someone can make a donation to purchase a meal for a student at WTCD. Or they can buy Blue Bird T-shirts and cotton shopping bags with logos designed by Marlowe’s daughter, Maggie Jenkins, who is also a fifth-grade teacher at Toliver Intermediate School. These purchases will also go to provide several meals to students.

She hopes to eventually set up a monthly promotion that if you purchase a bag and bring it to the store on a certain day, everything you can fit into the bag will cost just $5.

She ran a similar sale while they were moving, Marlowe said. “I told them if you can fit a couch in that bag, it’s $5!” 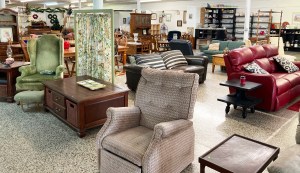 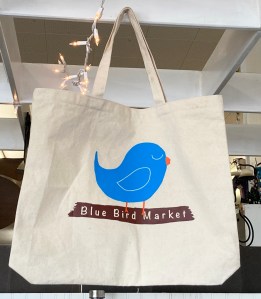 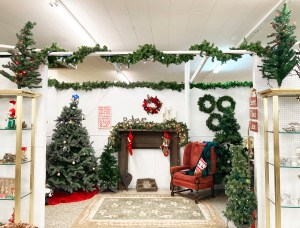 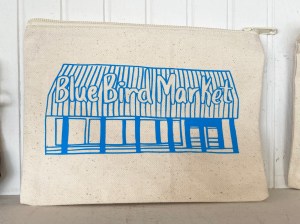 Boyle County Jailer Brian Wofford has announced he is no longer involved with the Boyle-Mercer Joint Jail Committee because the... read more