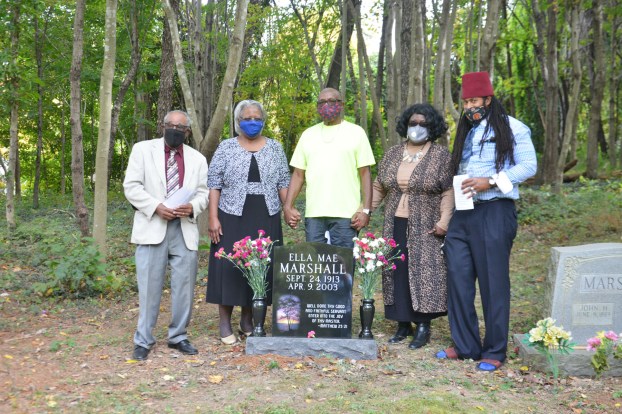 A well-known and respected educator, and the first special education teacher in the Boyle County School system who died in 2003, now has a handsome headstone marking her grave in the community that she loved thanks to the generosity of her niece.

Miss Ella Mae Marshall was buried near her parents’ graves in the Wilsonville Cemetery in April, 2003. It’s just a stone’s throw from the one-room school house where she taught generations of Black students, and is right behind the now abandoned Wilson Chapel AME Church.

But over the years as the African American families moved out of the area, the Wilsonville African American Cemetery, located off of Ky. 300 between Parksville and Junction City, became neglected and was being swallowed up by trees, brush and vines.

When Laverne Davie of Cincinnati learned that the Central Kentucky African American Cemetery Association was reclaiming the cemetery where her aunt Ella Mae Marshall was buried, she became interested in the project. When she visited the site, Davie discovered that her aunt, who had been an important figure in the community, didn’t have a headstone so she made arrangements to have one made for her. 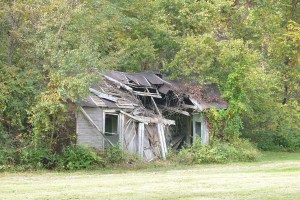 Marshall was 89 when she died April 9, 2003. She had been a teacher for more than 50 years, having taught at Wilsonville for 30 years and Junction City in Boyle County, and Indian Creek in Casey County. She was the first special education teacher in the Boyle County school system and had received a Special Education Educator of the Year award for her work with special needs students, according to her obituary in The Advocate-Messenger.

Marshall also taught Head Start in 1970 and served as a social worker for the Head Start Program from 1971-1978 and was a 4-H club leader and worked with the migrant education program. After retiring in 1977, Marshall continued teaching as a substitute teacher.

She taught for a total of 54 years and was named Kentucky Teacher of the Year in 1981 and was given a Kentucky Education Association District Award in 1982. 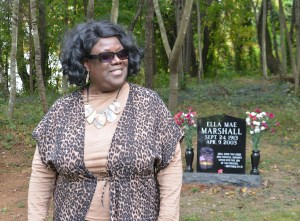 “She loved, loved, loved this community,” Davie said at the gravestone’s unveiling recently.

She told the small gathering that she hadn’t been aware of the rundown conditions of the cemetery, church, and school house which is now all but fallen completely down.

Davie said, “She (Marshall) was born and raised in this community. Everybody left except for her.”

Seeing all of the work that members of the AACA had done for the cemetery, “Shows the love and the beautiful hearts you all have. I thank you for that.”

Michael Denis, a member of the AACA, said the Wilsonville Cemetery is the second largest African American cemetery in the county, next to Hilldale. He said they have 215 documented burials, but there are probably many more. “There aren’t that many stones here,” Denis said. Many families didn’t have the money for them, he added.

At the unveiling, Pastor Everhart Walker said Marshall had been his teacher for eight years. In fact, she taught other members of his family as well. And he had preached at her funeral. She taught a total of 54 years.

He added that Marshall was dedicated to teaching the Black children in the community and strived to make sure their education “was as good as they could get.” 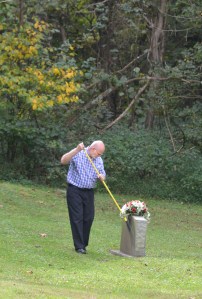 Later, Davie added, “I would like to thank the residents of Danville, Boyle County and especially Parksville for their kind assistance to my aunt Ella Marshall when she lived alone in her elderly years. I spoke to her often and worried that she would not have help with her everyday needs. She assured me