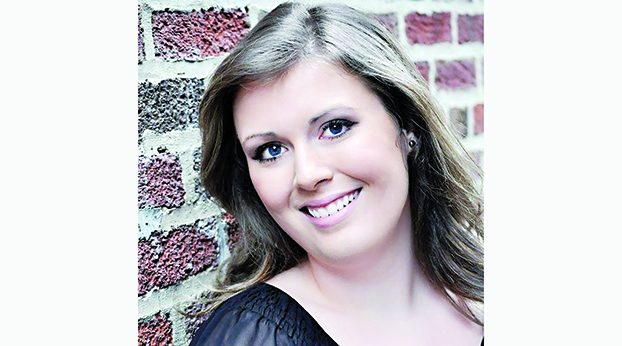 A highly decorated former Danville academic team member and winner on the television game show Jeopardy has been inducted into the Kentucky Association for Academic Competition Hall of Fame.
Rachel Beckman graduated from Danville High School in 2008 and Centre College in 2012 and was recently inducted into the 2020 KAAC Hall of Fame.

In a YouTube video celebrating her induction, surrounded by an impressive display of academic team trophies and medals, Beckman thanked the KAAC for the award. She also expressed her appreciation for the unwavering support from her former coaches, friends and their families, and especially her own parents. Beckman said she had always dreamed of becoming of member of the hall of fame.

Beckman began competing on academic teams beginning in fourth grade at Hogsett Elementary School, then on Bate Middle School and Danville High School teams. Beckman said she learned about teamwork, sportsmanship, discipline and healthy competition, which are some of the same life lessons that student-athletes learn while playing on sports teams.

This instilled self-confidence and self-esteem, she said.

Beckman added that she hopes her questions will inspire Kentucky’s best and brightest students.

Bate academic team coach Tony Carney said he coached Beckman when she attended school there, and he nominated her and was accepted into the Hall of Fame “due to her fantastic body of accomplishments.”

For example, “Rachel has won the most total KAAC medals in our school system starting from fourth grade at Hogsett Elementary School under coaches Jessica Scalf and Tina Leber, continuing to John W. Bate Middle School under himself and coaches Logan Scisco and Amy Bradshaw, and finishing at DHS as captain of her JV squad under coach Matt Knupp and as captain of the varsity team under coach Rob Kremer.”

Carney said Beckman was:
• Danville’s first state champion in testing at the high school level four times and held multiple top-10 finishes and runner up;
• first quick recall captain to lead a DHS team to a quick recall state championship and multiple small school national championships;
• the most decorated academic team player in the Danville Schools history;
• the first Danville academic player to win on Jeopardy;
• first Danville player at any level to be inducted into the KAAC Hall of Fame.

Carney described Beckman as “A selfless and dedicated player. … She was devoted to her team .. but more importantly, she was, and is, a kind person.”

DHS Coach Matt Krupp said on the video that Beckman was a leader and demonstrated her leadership by her work ethic. “No one studied more than Rachel,” he said. And her dedication to the team inspired other members to work hard too, Krupp said.

Beckman’s willingness to support all of the other team members, when they answered questions correctly, and even incorrectly, was a sign of her good leadership, he added.

No indoor pool, no problem

By LARRY VAUGHT and ROBIN HART advocate@amnews.com Every high school sports team is having to cope with a lot of... read more