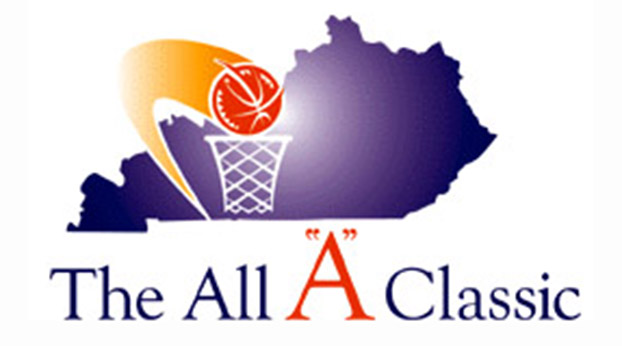 Danville girls’ trip to All “A” Classic canceled due to storms; Officials still hoping to play with altered schedule

In a season marked by uncertainty, it isn’t certain whether the All “A” will be played, even though officials canceled the tournament earlier this week.

Proposals have been floated that could salvage the statewide small-school tournament, and a decision was expected to be made late Thursday that could give the Lady Admirals a chance to play no later than Monday in a modified version of the event they have looked forward to all season.

“They’re going to make a decision tomorrow, which gives us a short turnaround, but it’d give us some games,” Danville coach Judie Mason said Wednesday.

All “A” officials announced the cancellation of the 32-team tournament Tuesday due to severe winter weather, then signaled the next day that there might be a way to play after all.

The tournament board sent a proposal to qualifying schools that would allow the boys’ and girls’ tourneys to be played at various sites between now and Feb. 27.

The board will consider schools’ responses regarding their interest in that proposal before making a decision in a meeting today.

Before that proposal was introduced, Mason and 31 other coaches had to tell their players that the tournament would not be played.

Mason said it was a bitter pill for a senior-dominated team that had made the All “A” the focal point of its season and had followed strict COVID-19 protocols — including wearing masks while playing — to have the best chance to play.

Imagine telling a teenager that everything you’ve worked for has been taken away from you. But it’s a life lesson.”

Under the proposal for a revised tournament, teams from consecutively numbered regions would be paired for first-round games at local sites (1 vs. 2, 3 vs. 4 and so on), with home teams determined by RPI rating unless teams agree on a neutral site.

Danville, which represents the 12th Region, would host 11th Region champion Berea in the first round because the Lady Admirals have the higher RPI.

First-round games would have to be completed by Sunday night. Under the proposal, any school that chooses not to play or is unable to play by the scheduled date due to quarantine/isolation would forfeit.

Mason said the Lady Admirals are interested in playing under that format if the details can be worked out. She told Joe Mathis of WHIR-AM today that Berea cannot play before Monday due to local policy and would require either permission from its district to play earlier or from the All “A” to play Monday.

Quarterfinal games would be played within groups of four regions (ex.: 9-10 winner vs. 11-12 winner) using the same process to determine sites, and would have to be completed by Feb. 24. The semifinals and finals would be played Feb. 26-27 at a central location if one can be found (schools would pay for their own travel expenses) or at local sites if not.

The city of Owensboro also has contacted qualifying schools and All “A” officials, saying it is willing to host the tournaments next week at the Owensboro Sportscenter, a 5,000-seat arena owned by the city. However, it isn’t clear whether the All “A” board will consider that option or whether most or all of the teams could coordinate their schedules.

Mason said she didn’t think so many teams would be able to gather at a single site for a rescheduled tournament. In Danville’s case, traveling to Owensboro next week would require canceling or postponing games, some of which would be 45th District games that would have to be rescheduled. There are just over three weeks remaining in the regular season, and Danville already has three district games to make up.

The cancellation announcement came in the wake of the first of two winter storms to strike Kentucky this week. Some teams had already traveled to the tournament site in Richmond, and Mason said Danville planned to make the trip late Tuesday in advance of a first-round game scheduled for Wednesday.

However, she said some teams, including the Somerset boys, who were to represent the 12th Region in the boys tournament, were told by Kentucky State Police they could not travel to Richmond on Tuesday because road conditions were unsafe.

“I’m so disappointed for the kids, but I’m not the only one. There’s 32 teams that are disappointed,” Mason said.

Danville was among a handful of teams thought to be in contention for the All “A” championship. Two years ago, the Lady Admirals lost by two points to Murray in the first round. Last year, they won two games before bowing to eventual champion Bethlehem in the semifinals.

“This year is (largely) the same team,” Mason said. “It is disappointing, because we thought we could make a run. We were in a hard bracket, but we still felt like we had a good chance.”

Danville reached the All “A” finals in 2014, and Mason has used that to motivate this year’s team, which is led by a group of six seniors.

If the All “A” cannot be played, Mason said the Lady Admirals will focus on preparing for the postseason, with the first priority being playing as many games as possible after not having played since Feb. 9. She said she would like to add up to two games this weekend to one already scheduled for Saturday.

“We’re out of shape now, everybody is,” she said. “We just need to play games and get back into shape.”

She said the girls have been able to roll with the many changes precipitated first by the COVID-19 pandemic and now by winter weather, but she said the seniors also are practicing and playing with a sense of urgency.

“For six of them, that’s it for high school ball,” Mason said. “There’s a sense of urgency for them, and I remind them of that, but to be honest, they remind me.

Vanderbilt made a run at Kentucky but the Wildcats never flinched and held on for an 82-78 victory over the... read more