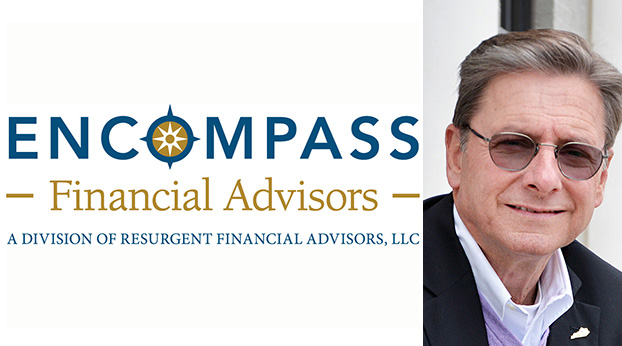 Encompass Financial Advisors LLC and its owner, Mike Perros, are being sued by a Danville woman for allegedly allowing unauthorized access to her personal accounts, where more than $90,000 was eventually depleted.

The suit was filed by Audrey Walter on Feb. 15, on behalf of herself and her three children, in Boyle Circuit Court against the company and Perros, who is also mayor of Danville.

Court records show Walter claims the business allowed her late husband, Matthew Walter, access to her accounts and others opened for the benefit of their minor children, over the course of several years.

Walter’s husband died unexpectedly last year. Records show as Walter was getting the estate in order, “Ms. Walter unfortunately started discovering a series of financial irregularities in her own accounts and those opened for the benefit of their minor children.”

The suit alleges that Walter found evidence “of acts that Mr. Walter had undertaken without her knowledge or permission, and at times, in her name without her consent, or with the assistance of others such as Perros and Encompass.”

Walter claims she immediately asked the business and Perros for copies of all document and records, however that “to this day,” she has not been provided those.

The suit states Walter opened a personal investment account and a Roth IRA, and three Uniform Transfer to Minors Account (UTMA) for their children. It alleges that Perros and Encompass began allowing Matthew Walter access to the accounts almost immediately after they were opened, in violation of the fiduciary obligations owed to Walter.

When contacted about the lawsuit late Friday afternoon, Perros said he had not been notified and was not aware of the legal action taken against him. He phoned The Advocate-Messenger and said he had received the documents on Monday, and as of press time had not had an opportunity to discuss the matter with legal counsel, and therefore had no comment at the time.

It is alleged that Perros and Encompass “regularly allowed Mr. Walter to both transfer and withdraw funds” from her accounts as well as their children’s accounts without her consent or knowledge between 2013 and 2018, for a total of $90,054.23. All accounts were nearly depleted, according to the court record.

The suit states that while Perros allowed Matthew Walter unauthorized access, he never asked Audrey Walter “whether she consented to emptying of the accounts, or whether she wished to grant Mr. Walter access to the accounts or allow him to change account details…”

“As a direct and proximate result of the conduct of Perros and Encompass, Mr. Walter was enabled to wrongfully pillage each of these accounts to the detriment of Ms. Walter and her minor children.”

The suit alleges breach of contract; breach of covenant of good faith and fair dealings; negligence/professional negligence; and breach of fiduciary duty. It asks for compensatory and punitive damages as well as costs and fees.

According to the suit, “Records on file with the Kentucky Secretary of State indicate that, as of the filing of this action, defendant Encompass has been administratively dissolved and plaintiffs are unsure as to whether Perros is individually doing business as ‘Encompass Financial Advisors.’”

The document states that Ms. Walter believed Perros “held himself out to be an upstanding member of the community and competent financial advisor who had been in business in Danville for years.”

It also states that because Perros was elected mayor in 2014 … “ a position he holds today, Ms. Walter believed that such a person in a position of public trust could be relied on to competently and securely perform and uphold his fiduciary obligations, manager her investments, and manage the investments made for the benefit of her minor children.”

Legendary actress Cloris Leachman, who died at the age of 94 on Jan. 27, was no stranger to Boyle County.... read more