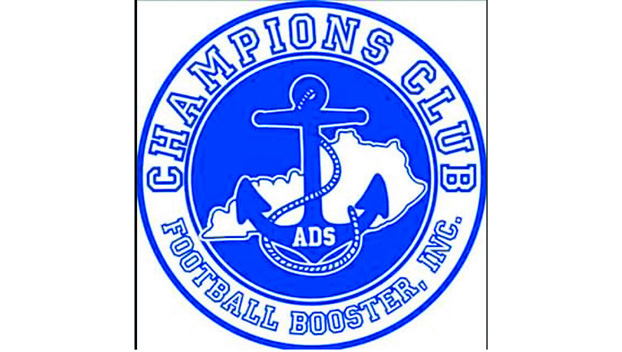 Clay Albright, president of the Danville Admirals Football Champions Club, said he is disappointed in the school administration’s decision not to renew former head football coach Clay Clevenger’s contract for the 2021-22 season.

However, “I absolutely will support the next coach. That’s never been a question,” Albright said. “If the next coach was in a situation similar to what Clevenger found himself in, we’d be standing up for him, too. That’s just what we do.”

Following the announcement at the end of January that Clevenger’s annual contact would not be renewed next year, many of his supporters, including Albright and other Champions Club members, sent emails to the administration and school board members, and they have voiced their anger and frustration during recent board meetings.

“I think there’s a lot of people who were kind of perplexed as to why Clevenger was let go with his credentials and rapport he had with players and their families.” Albright added, “I think better communication would have solved a lot of this stuff. If they had met with the players early, if they had met with the coaches early, you wouldn’t have seen such resentment and frustration.”

He said the players and coaches didn’t have meetings about the future of their sport until about five weeks after the news about their coach being let go.

Albright said he has no issues against the athletics director, principal, teachers, nor district staff. “My issues are with the person that directs these people… She (Superintendent Dr. Tammy McDonald) should have requested that they communicate with the players.”

He said the players and coaches should have been quickly reassured either by a short meeting or email that a new coach was going to be hired and they would have a football season. “She could have answered, ‘Don’t worry, there will be a season, but the new direction will be left up to the coach.’”

He added, “How long does that take? That’s what is so frustrating.”

Albright said the Champions Club, which raises money for the Danville High School football team, showed its support for Clevenger. “It’s kind of like standing up for your wife. That’s what you do. If another sport coach was let go under another similar situation as this, I would expect that their booster club would probably be somewhat angered and confused, too.”

Albright added, “Hopefully, the new coach will know, will understand, it’s not about them. We’re here to support them no matter who the coach is, without a doubt.”

Albright said he thinks the coach’s contract wasn’t renewed because, “It was just personality conflicts with the people that he worked with. I think the administration, I suppose. … I think that they (the school board and administration) know that.”

Soon after Clevenger was told he would no longer be DHS’s head football coach, Albright said he asked McDonald and DHS principal Thad Elmore that a member of the Champion Club be named to the search committee. “But obviously, when I became vocal about some things, they were definitely not going to ask me,” Albright said.

However, Will Stallard, who is a board director for the Champions Club, as well as a youth football coach and a player’s dad, and husband of a teacher at Toliver Intermediate School, was named to the committee, Albright explained.

The search committee also includes the senior players. “They have included the seniors in meetings with the final few candidates, which is good,” Albright said.

The end of the year football banquet was held this past Sunday, and Clevenger and players said their goodbyes. Albright said, “So I think that means, that was like the final hoorah. I would expect that we would be having a coach pretty soon. … We’ve got good candidates, from what I hear.”