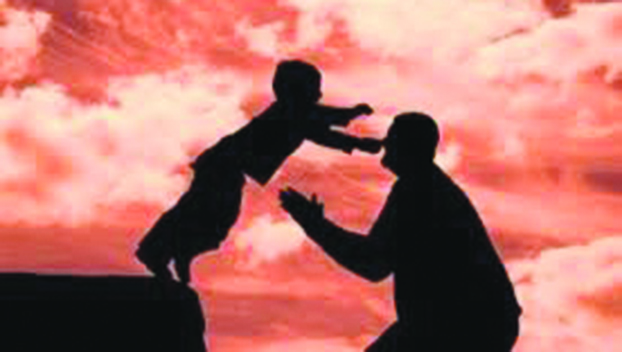 Faith is more than knowledge

Have you ever made plans to do something, but it did not work out? I’m sure that most of us have. Disappointment is not a stranger, especially to those who are ambitious. There is no doubt the more a person tries to accomplish something, the more failures they will encounter. This does not mean that all the doors are locked forever but included within the process of advancement, it’s necessary to learn discipline and self-control while experiencing frustration and distress. Sometimes our diligence brings success while on other occasions we discover that our imaginations are not going to be immediately fulfilled. Even though this is deeply painful, it does not imply that we should just go to bed and cover up our heads. On the contrary! We do not have time to waste feeling sorry for ourselves because there is much work to do. It’s prophesied about Jesus in Isaiah chapter 50 that His face would be set hard as a flint despite knowing the agony awaiting Him. The Messiah had a steadfast determination to obey His Father and nothing would deter Him.

There are many intersections in our journey and sometimes it’s difficult how to know which way to go. Instead of being determined to proceed up the mountain, many end up building their house on the side of the path and living there. A crossroad is a place of decision that requires spiritual wisdom and discernment from the Lord to keep us from making bad decisions. Staying active with a positive attitude even if we miss the mark is better than lying on the couch and hoping that opportunity will fall on our head. Being honest with ourselves and being willing to adjust our views will go a long way toward making sure we are on the same page with Him. Sometimes our failures are trying to reveal that our dreams are not a part of God’s original plan for our lives. When our visions are not lined up with His will, we are responsible to change our direction. However, if we are convinced we’ve heard His voice but are still waiting for our breakthrough, be patient and persevere, it’s only a matter of time before we will receive what He promised.

We’ve read the account of one of the most successful inventors of all time, Thomas Edison. He was responsible for over one thousand patents and became famous for his ideas but he is equally respected for his perseverance and his perspective on failure. Humans indeed have variations when it comes to their mental “wiring” and, in Edison’s brain, there was a bulldog determination with the ability to view consistent failure as simply another stepping stone on the pathway to success. In general, most individuals after several valiant attempts, are more than willing to throw in the towel but unlike the average person, disappointment did not quench Edison’s burning passion to succeed. With several years of research and experimenting, it took 10,000 failures before Edison finally perfected the light-bulb. Nonetheless, rather than accepting failure the other 9,999 times, he is quoted as saying, “I did not fail, I merely discovered 9,999 ways that do not work!” In simple terms, he made up his mind that he was never going to give up.

Today, there may be something you are sensing in your heart that God has called you to do and I want to encourage you that it can be done! Jesus said, “The things which are impossible with men are possible with God.” Is there anything that God cannot accomplish through you? When we have the opportunity to obey God, it reminds me of when our dad would tell us to jump and he would promise to catch us. When we grow up and are faced with jumping into the unknown, it’s common to be more afraid of falling than being confident that God wants to see us fly. Yes, there are seasons when we are tempted to have a pity party, but whatever is keeping you from being what Jesus died for you to be is the obstacle that only you can conquer. To succeed, one must come to the point where fear cannot prevent and discouragement cannot persuade. Many are disappointed with their lives but the answer is always the same. We can choose to surrender and remain the same or we can become an unstoppable instrument in God’s hands and accomplish our destiny for His glory.

Discover more about the Christian life at billyhollandministries.com

Jesus – the name above all names

Throughout history, no one has made a greater impact on this earth than Jesus Christ, yet many still do not... read more