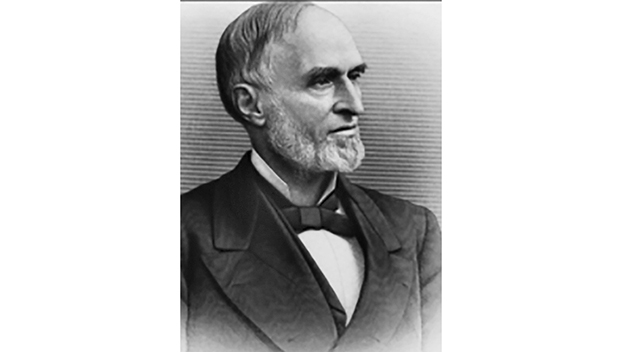 Looking Back: Humphrey was Presbyterian minister in the 1800s

The Rev. Edward Porter Humphrey was a minister in the mid-1800s at the Second Presbyterian Church, North Third Street in Danville.

He was known as one of the most distinguished Presbyterian ministers in the country. He became an orator, writer and moderator of the Presbyterian General Assembly. He also was a planner and co-founder of Cave Hill Cemetery in Louisville.

Humphrey became pastor of the Second Presbyterian Church in 1835 and stayed for 18 years. He also was professor of church history in the Danville Theological Seminary.

Humphrey served on the Board of Trustees at Centre College and of the Danville Theological Seminary while living in Danville. He spoke at the 1885 Centre College Commencement and baccalaureate programs.

It was during Humphrey’s residence in Danville, between 1851and 1866, that the exigencies occasioned by the bitter and disastrous civil strife called into prominence many of his distinguishing characteristics.

Among these were his unwavering loyalty to the national government, together with a magnanimity and conciliation of spirit which were potent influence in hastening the return of concord, and amity, both in society and in the church.

Humphrey returned to Louisville in 1866 and organized College Street Presbyterian Church where he was pastor until 1880.

After his retirement in 1880 he engaged in literary and theological work.

He was the eldest son of the Rev. Dr. Heman and Sophia Porter Humphrey.

He graduated in 1828 with honors from Amherst College in Massachusetts. He became principal at an academy in Plainfield, Connecticut, while pursuing his theological studies and in 1833, Humphrey graduated from Andover Theological Seminary.

In 1834, he went to a Presbyterian Church in Jeffersonville, Indiana, and stayed a year before he came to Danville.

He and his first wife, Caroline Catherine Prather of Louisville, were married March 3, 1841, and they had a son, Edward W.C. Humphrey and a daughter, who died in infancy. W.C. became a legal expert and representative of the national Presbyterian General Assembly.

After Caroline died on Sept. 28, 1843, he and Martha Pope, daughter of Alexander Pope and Martha Fontaine Pope, were married on April 3, 1847, and they had a son, A.P. Humphrey, who attended Centre College and became an attorney and judge in Louisville.

Rev. Humphrey received the degree of Doctor of Divinity in 1852 from Hanover College in Indiana.

After Martha died, Rev. Humphrey and his sons, W.C. and Alexander P. Humphrey, donated more than 400 volumes of the choicest literature of the language to the Princeton Collegiate Institute in Martha’s memory.