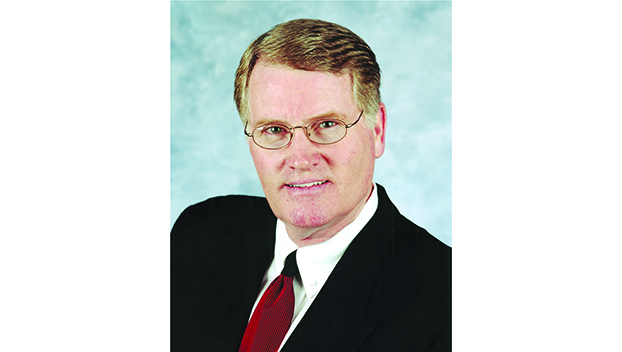 A longtime state lawmaker from central Kentucky passed away Monday at the age of 72.

State Senator Tom Buford, a Republican from Jessamine County, had been a lawmaker for 30-years, having first taken office in January 1991.  He last won re-election in 2018.

During his time in office, Buford served as Majority Whip in 1991 and 1992, and Minority Caucus Chair from 1993-1996.  He also spent several years as chair of the Senate Banking Committee.

McConnell recalled the commitment he had for Kentucky’s citizens.

“His sharp intellect and extensive legislative experience were legendary throughout the Kentucky political world,” the senator said. “Tom was unafraid to take on tough issues and fought hard for Kentucky’s most vulnerable, with a special focus on the disabled. The impact of his work could be felt far beyond the borders of his State Senate district, improving the lives of Kentuckians throughout the Commonwealth. He uplifted our state through his dedicated leadership, not just as a civil servant, but also as a caring father and faithful Christian.”

“Tom was a dedicated public servant who proudly represented his constituents in the 22nd District and brought an abundance of insight and experience to some of the Commonwealth’s most complex issues during his over 30 years of service in the General Assembly. Tom’s wit, intellect, and zest for life will be missed by all who knew him. Our thoughts and prayers go out to his family, friends, and loved ones during this incredibly difficult time.”

State Auditor Mike Harmon gave his condolences: “I am saddened to learn of the passing of my friend, Senator Tom Buford. Not only was Tom my state senator when I was first elected to the House until the last round of redistricting, he was also a valued friend and a mentor to me when I was a state representative.

“Tom had a great wit about him, and he loved serving the people of his district and the Commonwealth as a whole for over 30 years. Lynn and I offer our prayers and support to his family.”

“Tom was a hardworking, talented legislator and extremely committed to serving his constituents. As one of the longest serving current members of the Senate, Tom possessed an institutional knowledge like no other. However, he was as likely to be focused on our state’s potential as he was our past. His sense of humor brought levity to many difficult situations, providing an opportunity to overcome differences and seek resolution. Tom’s passing is a great loss to the Kentucky General Assembly. Our prayers are with our colleague’s family as they grieve the loss of this great Kentuckian.”

Those on the other side of the aisle expressed sadness at his death, too, as House Democratic Caucus leaders Joni Jenkins, Derrick Graham and Angie Hatton released this statement:

“Our caucus is deeply saddened by the passing of state Senator Tom Buford.  He has been a part of the legislature for 30 years and had a profound impact on the commonwealth and the district he represents.  Losing a fellow legislator is like losing family, and we were proud to work with him on bipartisan measures that are too numerous to count.  We extend our condolences to the Buford family and join with so many others in recognizing all the great things he stands for.  Kentucky will be poorer without him.”

Funeral arrangements have not yet been announced.

STAFF REPORT A Danville man was arrested and charged with burglary soon after the incident occurred Tuesday afternoon. According to... read more