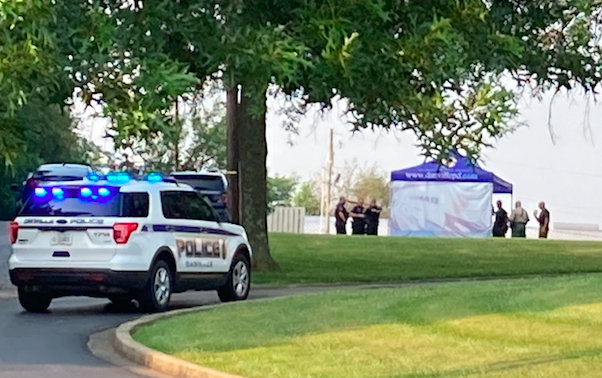 This story was updated at 3:18 p.m. on Wednesday, July 8. The story was originally published July 6.

A man involved in a domestic assault at the Super 8 motel in Danville early Tuesday morning was shot and killed by a Danville Police Department officer.

As of Thursday afternoon, officials still hadn’t released the names of the victim or the officer who fired the gun. Kentucky State Police are conducting the investigation.

When asked to confirm the name of the victim Wednesday afternoon, KSP Communications Officer Adam Hall wrote in an email, “Unfortunately, I can’t confirm that at this time. I will send out an updated release as soon as I can.”

KSP has statewide jurisdiction and investigates officer-involved shootings throughout the commonwealth as requested by local law enforcement agencies, according to a KSP news release on Tuesday. “To protect the integrity of an ongoing investigation, it is KSP policy not to release specific details until vital witnesses have been interviewed and pertinent facts gathered. Timelines to complete investigations vary based on the complexity of the case.”

Danville Chief of Police Tony Gray said on Wednesday that his office also won’t release any information until late Friday, at the earliest. He added that all inquires should be referred to KSP.

Initial information that was released by Gray and KSP on Tuesday confirmed that police officers were dispatched to room 221 at the Super 8 motel on the Danville Bypass for a domestic-related call, where the suspect was holding his mother at knifepoint sometime around 6 a.m.

Officers verbally engaged the suspect in attempts to resolve the situation peacefully, according to Gray. But those attempts were unsuccessful. The officer fired one round fatally wounding the suspect. No other persons were injured in the incident. The male subject was pronounced dead at the scene by the Boyle County Coroner. An autopsy was scheduled at the state medical examiner’s office in Frankfort.

The DPD requested that Kentucky State Police, Richmond Post, investigate the incident. The three officers who were on scene during the incident have been put on administrative leave, Gray said.

KSP Post 7 troopers, detectives, and the Critical Incident Response Team, as well as the Boyle County Sheriff’s Office and the  Danville Fire Department responded to and assisted at the scene.

The bells are back! Lexington Avenue Baptist Church re-installs bells

Lexington Avenue Baptist Church’s bells have returned with refurbished framing, thanks entirely to thousands of dollars of donations from church... read more